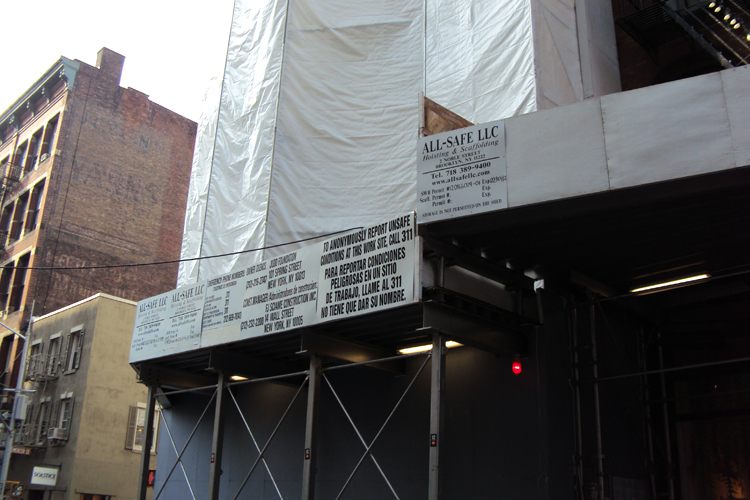 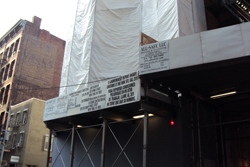 101 Spring Street was designed by Nicholas Whyte in 1870. The elegant five-story building was originally developed to be a store with offices on the upper levels. The building gained added status in 1968 when it was purchased Donald Judd, the famous American minimalist artist. 101 Spring Street served as his home and studio. It is said that the building was the birthplace of “permanent installation”, which is today a cornerstone contemporary art.

Nicholas Whyte designed the handsome structure located at 101 Spring Street in 1870. The original intent of the building was to house a store and offices. The abundance of light within the building provided illumination for the display of merchandise. The building was later used as a sewing factory before famous American minimalist artist Donald Judd purchased it in 1968 to be used as his home and studio. The lofty characteristics of the building are a prime example of what drew contemporary artists to Soho from the 1950s onward. Judd had a great appreciation for the architecture. 101 Spring Street is the only remaining completely intact cast-iron building in Soho. He lived on the spacious upper floors of the building with his wife and two children. The lower levels were used as his studio and workshop along with an exhibit of his sculptures. 101 Spring Street is considered to be the birthplace of “permanent installation” a style of contemporary art developed by Judd while living there. The concept was centered around the belief that the placement of artwork was as critical to the understanding as the work itself. In his writings, Judd cited 101 Spring Street as his true inspiration. When Judd died in 1994, the building became part of his estate. Plans are in place to establish it has a museum for his works. As of August 2011, 101 Spring Street was being renovated and hidden under scaffolding.

101 Spring Street is one of the most elegant buildings in Soho. The five-story structure sits proudly on the northeast corner of Spring and Mercer Streets. The facades stretch three window bays wide on Springs Street and ten window bays wide on Mercer Street. The composition is extremely airy and light with a high ceilinged ground floor, large windows, and spacious upper stories. The boxy structure is supported by slender cast-iron elements. The forms are adopted from classical sources but used in a simplified manner. Slender columns define the door and window openings on the first two floors. Pilasters with ball-like motif capitals sitting on a row of raised banding frame the windows on the upper floors.