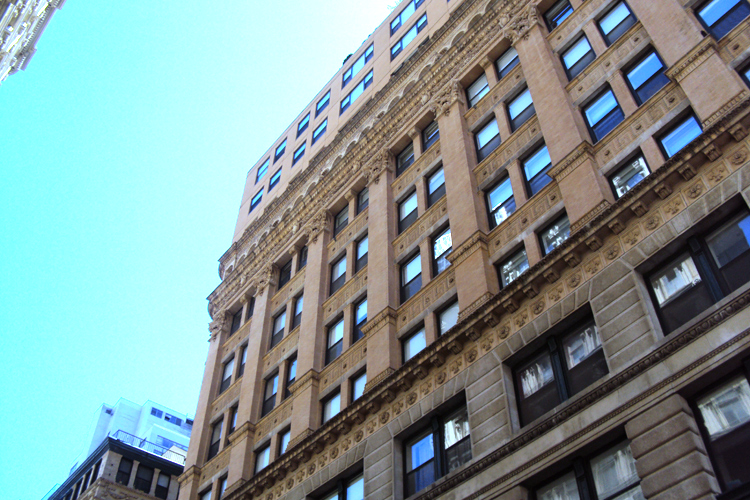 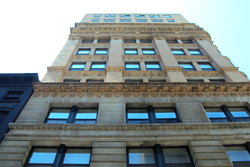 The Fulton-Nassau district contains some of the earliest skyscraper office buildings. During this time period, architects experimented with new designs and materials to accommodate the new skyscraper form. The Fulton Building at 130 Fulton Street is a classic example. The architecture firm of DeLemos & Cordes, whom was also responsible for designing the Macys building, constructed the ornate 1893 office building. The office building was converted to residential condominiums in 2005 and during the conversion four additional floors were added.

The Fulton-Nassau district was developed during the late nineteenth and early twentieth centuries to accommodate added growth that was anticipated during the economic boom of the nearby Financial District. The district is comprised primarily of early skyscraper office buildings. As office buildings were beginning to grow taller during this time, architects experimented with new designs that did not conform to the utilitarian-style buildings that had become common in areas such as Soho and Tribeca. Architects used various materials and motifs in the new skyscraper form. Traditional masonry load-bearing walls and facade treatments were still used, which is uncommon in steel-frame elevator buildings designed later. Most of these buildings were designed before the Zoning Resolution in 1916 that required setbacks and minimal sky-plane exposure. Many of the city’s newspapers were located in this area.

The Fulton Building at 130 Fulton Street (also called 87 Nassau Street) is prime example of one of these early skyscrapers. The architecture firm of DeLemos & Cordes designed the Fulton Building in 1893. Theodore W.E. DeLemos was born in Germany in 1850. He studied architecture at the Berlin Royal Academy of Buildings before immigrating to the United States in 1881. DeLemos formed a partnership with A.W. Cordes and under the form name of DeLemos & Cordes designed some of the largest departments stores and office buildings in New York during that era. Some of the firm’s more noteworthy buildings included the Macys building, the New York Country National Bank building, and the Keuffler & Esser Building.

The Fulton Building was converted to a residential condominium in 2005. Elliot Vilkas was the lead architect. During the conversion four additional plain beige masonry floors were added and 20 apartments created. During that same year the Fulton-Nassau Historic District was added to the New York State and National Register of Historic Places.

The Fulton Building is set on a four-story rusticated limestone base. The building is notable for its ornate decorative Renaissance Revival facades and curved corner windows. The corner widow on the fourth floor is arched and there is also an oculus corner window on the eight floor. Pronounced bandcourses protrude from the fourth, fifth and ninth floors. The beige masonry rooftop addition is setback slightly from the original ornate construction but does not have a cornice.