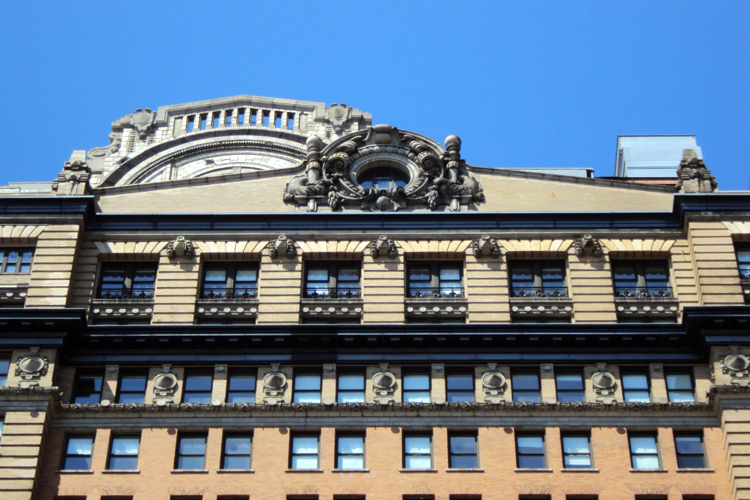 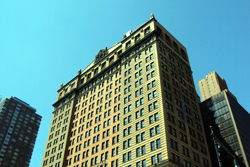 The Whitehall Building located at 17 Battery Place was built in 1904 as a speculative office tower by the Chesebrough Building Company, which was owned by Vaseline founder Robert A. Chesebrough. The building was named after Peter Stuyvesant's seventeenth-century house, called “White Hall”, which had been located nearby. Well-known luxury hotel architect Henry J. Hardenbergh designed the initial structure. Due to the success of the project, a thirty-one story tower overlooking the original structure was added in 1908-10.

The Whitehall Building located at 17 Battery Place was named for Peter Stuyvesant's seventeenth-century house, called “White Hall”, which had been located nearby. Stuyvesant is an important figure in New York’s history, having served as the Director General of the seventeenth century Dutch colony, which eventually became New York.

The Chesebrough Building Company, who built the Whitehall Building as a speculative office tower, was owned and operated by Robert A. Chesebrough, the founder of Vaseline, and his son William H.

Architect Henry J. Hardenbergh was awarded the commission the Whitehall Building. Hardenbergh had made a name for himself as an architect for luxury hotels, having designed the Plaza Hotel, Hotel Martinique and original Waldorf Astoria Hotels. However, he was also noted for his design of the Art Students League at 215 West 57th Street. Hardenbergh was born in New Brunswick, New Jersey. He worked as an apprentice for a New York architecture firm from 1865 to 1870 before establishing his own practice in 1871.

The Whitehall Building was located in a high visible site in Lower Manhattan, overlooking Battery Park. A dramatic color scheme and bold design features added to the buildings attraction. The building was an immediate success when it opened its doors in 1904. So much so that within a few short years, plans were underway to construct an addition.

The Chesebrough Building Company hired architectural firm of Clinton & Russell to design the thirty-one story addition that would face West Street and overlook the original building. The new tower was called the “Greater Whitehall”. Constructed was completed in 1908-10. Clinton & Russell were noted architects in their own rite; however, their designed mirrored that of Hardenbergh’s original design. At the time of its completion, the Greater Whitehall was the largest office building in the city. Together the buildings create a dramatic visual to Lower Manhattan. The pair were converted to apartments in 1999 and designated a landmark by the New York City Landmarks Preservation Commission a year later on February 8, 2000.

The Whitehall Building consists of the original twenty-story structure and the thirty-one story addition called the Greater Whitehall. The buildings were designed in neo-Renaissance style with unique nautical themed ornamentation. The original structure is accented with puffy lintel ornamentations on the second floor, lion heads on the sixth floor, and a figure resembling Neptune or Zeus above the entrance.