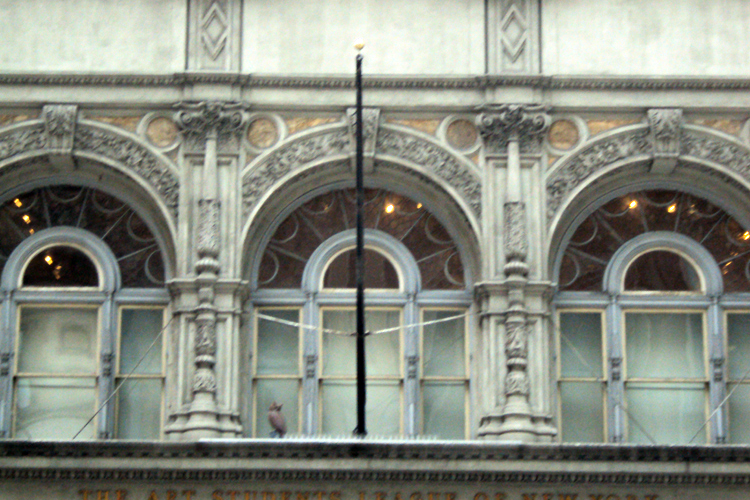 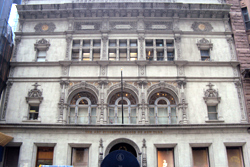 The Art Students League settled at 215 West 57th Street in 1892, seventeen years after it was established. The League was created as a more progressive alternative to the National Academy of Design, which at that time was the only major art institution in the city. The buildings design, by Henry Hardenbergh, was selected out of a competition of more then 30 architects. The League has numerous prominent alumni include Wilson Homer, Georgia O’Keeffe and Jackson Pollack.

New York City experienced a renewal and flourished both economically and artistically after the Civil War. During the 1870s New York City was rapidly becoming the artistic capital of the nation. Up until this time, the National Academy of Design, founded in 1825, was the only major art institution in the city. Having their work displayed in an exhibition at the Academy, as well as election to full membership, was a significant accomplishment for artists. However, many of the young artists who had returned from studying progressive styles in Europe felt that the Academy was too conservative in their view of art. A growing number of artists unsatisfied with the views of the Academy began meeting and exchanging ideas about art at the home of Richard Watson Gilder, editor of the Century Magazine. This group later formed the Society of American Artists around 1875.

In the spring of 1875, it was rumored that classes at the National Academy were going to be canceled until December due to financial difficulties. This was especially alarming for students who came to the Academy to engage in study of live models, which at this time was the only formal course available in the city. Frustrated students eager to resolve the situation met with their former instructor Lemuel Wilmarth to discuss the matter. The outcome of their meeting was the formation of the Art Students League. The League aligned with the members of the Society of American Artists, sharing a common dissatisfaction with the limited course of study offered by the Academy, something they sought to change within their new organization.

The Art Students League of New York was founded in 1875 by and for artists. Modest quarters were initially obtained at 108 Fifth Avenue. The League joined with the American Fine Arts Society, Architectural League and Society of American Artists in 1889. The American Fine Arts Society sought to build a joint headquarters. The League considered various plots before settling on West 57th Street in 1891. Henry Hardenbergh’s architectural design was selected out of a competition of more then 30 architects. 215 West 57th Street was opened as the new home of the Art Students League in 1892.

215 West 57th Street has a wide limestone front designed in the French Renaissance style with studios and meeting rooms. The main entrance leads to a large gallery used in common by the various organizations.