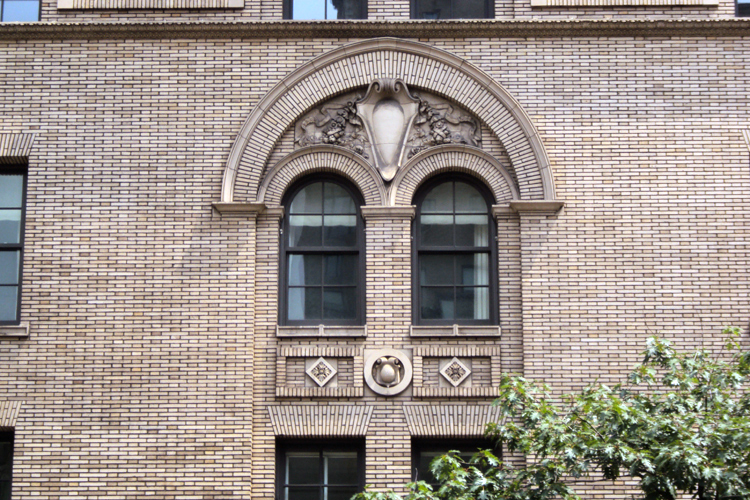 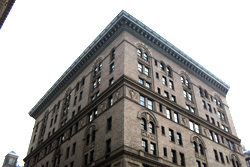 The Verona, 32 East 64th Street, is located at the southeast corner of Madison Avenue. This prominent 10-story apartment building was completed in 1908 and has 20 large apartments. Fashioned in New-Venetian Renaissance style, this is one of the most distinguished apartment houses along Madison Avenue. Architect William E. Mowbray modeled the building after the Strozzi Palace in Florence, Italy. One of the building's most outstanding features is the oversized, detailed sheet metal cornice along the roof line, which was repaired in 1986 to its original beauty.

The architect, William E. Mowbray, duplicated the design of The Verona after the façade of the Home Club, located at 15 East 45th Street, which was designed in 1906 by Gordon, Tracy and Swartwout. At that time, copyright protection for architectural designs did not exist.

In 1986, the firm of Jan Hird Pokorny Architects was hired by the building owners to inspect and evaluate the condition of the cornice. Following a careful study, it was found that the cornice was extremely deteriorated, especially the stamped zinc ornament moldings. Extensive repairs were undertaken to renew this prominent feature at a cost of $600,000.

The first floor of this 10-story building is constructed of rusticated limestone. The upper floors are made of iron-spotted buff Roman brick. The excellent brickwork is extremely handsome and gives the building a detailed appearance. The façades have paired arched windows and some have décorative balustrades beneath. The arched entrance to the building is flanked by bronze lampposts. One of the most distinguished features of the building is the great cornice. Made of sheet metal, it is close to 8 feet high, projects 6 feet from the building, and is 260 feet long.