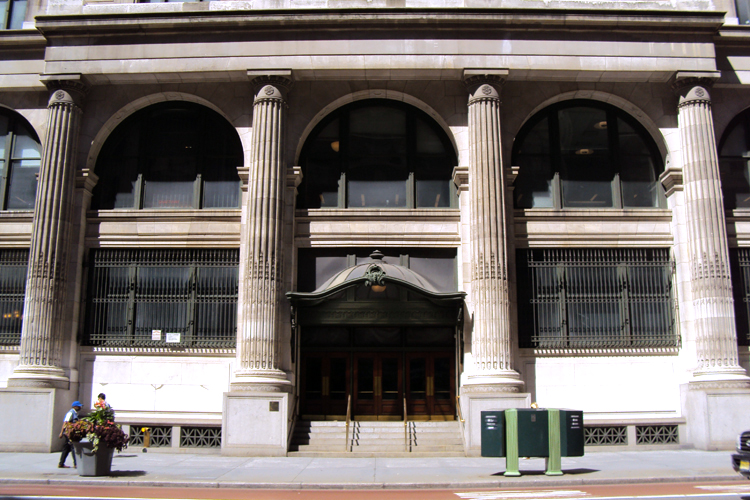 The B. Altman Department Store 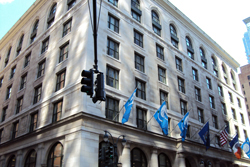 The B. Altman Department Store was the first large-scale department store located on Fifth Ave. Benjamin Altman learned the dry-goods trade from his parents. He opened his first store in 1865. Altman’s had been located initially on Third Ave. then later on Sixth Ave. before moving into the Fifth Ave. store. Construction on the department store was completed in 1906. Architects Trowbridge and Livingston were tasks with designing a building that did not disrupt the residential character of the neighborhood. B. Altman & Co. remained in business on Fifth Avenue until 1989.

Benjamin Altman was born in 1840 in New York. He was the son of Bavarian Jews, who had immigrated to the Unites States a few years before his birth in 1835. His parents had owned a dry-goods store. Following in their footsteps, Benjamin Altman opened his first store in 1865. Hs initial building was located on Third Avenue. He later acquired his brother’s store on Sixth Avenue and consolidated his entire business at the new location. In 1877, Altman opened his new cast-iron four-story store on the corner of 19th and Sixth Avenue, where he remained for 30 years.

In 1904, Altman set his sights on building a grand department on Fifth Avenue. Construction began in 1905 and by 1906 the new store had opened for business. That same year Atman formed the firm of B. Altman & Co. with Michael Friedsam. Col. Michael Friedsam was the president of B. Altman Co. from 1913 until his death in 1931. Friedsam was born in New York City in 1860. He attended Weston Military Academy in Weston, CT.

When the building was original built, the southwest corner of Fifth Avenue and 34th Street was not part of the structure. Art dealer M. Knoedler & Co. instead occupied the corner. Knoedler eventually relocated and the corner was incorporated into the structure in 1914. Unfortunately, Benjamin Altman died in 1914 and never saw the completion of the entire city-block store.

The massive structure contained a seven bed medical department, a school that offered classes in reading, writing, and arithmetic to employees and a power plant in the subbasement. During the blackout in 1965, the B. Altman Department Store was one of the few buildings in the city with heat and electricity and provided a place of refuge for many people. In the early part of the twentieth century, the store was famous hanging, what might have been the largest American flag ever hung, on the side on the Fifth Avenue façade. The flag was made during the Spanish-American War and measured 100 by 65 feet and was last. It was last hung at the end of World War II. The building’s rooftop running track was famously scene in the classic film Chariots of Fire.

After Benjamin Altman died in 1913, the store continued to operate but under unusual management. Altman had stated in his will that it was his wish to have an “Altman Foundation” established after his death, which would run the store to benefit its employees. His art collection, valued at $20,000,000, was given to the Metropolitan Museum.

B. Altman & Co. remained in business on Fifth Avenue for several decades. However, the store eventually went out of business in 1989 and the building closed. In 1995, the Oxford University Press moved into the Madison Avenue side of the building, as did the New York Public Library’s Science, Industry, and Business libraries a year later. The CUNY Graduate Center moved in 1999, taking up about three-fifths of the building.

Some renovations have been completed over the years; however, the B. Altman building remains basically in its original form. The B. Altman & Co. building was designated a New York City landmark in 1985.

The B. Altman Department store sits on an entire city block. The building was constructed of French limestone, which had been reserved for residential buildings up until this point. The building is eight stories tall with the exception of the Madison Avenue additional, which towers thirteen stories. The four façade are very similar in design though not exact replicas of one anther.

The Fifth Avenue facade is nine window bays wide. The first and second stories are united with columns separating the widows. The three central window bays project outward and enclose an entrance. Square headed widows are repeated on the third through sixth stories. The seventh and eight stories are treated as a double story similar to how the first and second stories appear connected.

The East 34th Street façade is very similar in the design of the Fifth Avenue façade. However, there are a few key differences. The faced spans seventeen bay widows wide, instead of nine, with the entrance off to the side. The four eastern bays of the East 34th Street facade rise to a thirteen-story tower faced in brick rather than limestone.