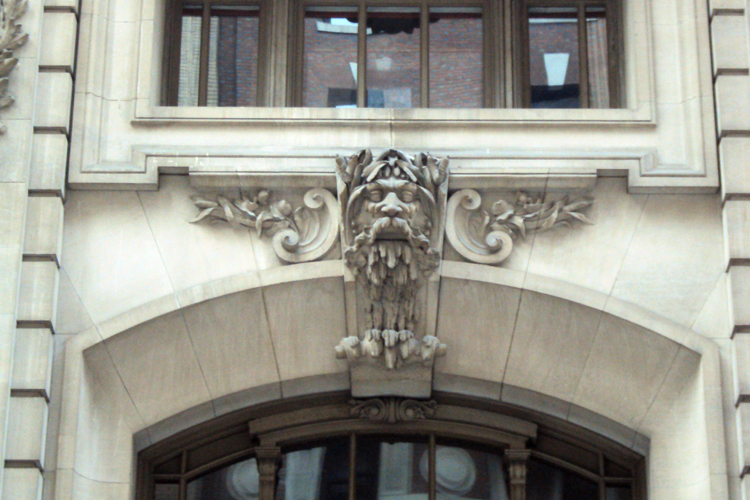 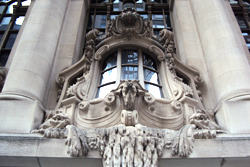 John Cox Stevens and eight of his peers founded the New York Yacht Club on July 30th, 1844. Six years later, Cox and his crew sailed the great schooner-yacht called the America and captured the One Hundred Sovereign Cup at the annual regatta of the Royal Yacht Squadron in England. The cup was later used as a challenge cup called the America’s Cup, which members of the New York Yacht Club held onto for 132 years. The clubhouse at 37 West 44th Street was built on land donated by Commodore J.P. Morgan and officially opened in 1901.

The New York Yacht Club has one of the most storied histories in the sporting world. The club was founded by nine gentlemen on July 30th, 1844. Amongst the founders was John Cox Stevens, who was elected as the club’s firs Commodore. The founders initially met when Stevens invited them to his yacht Gimcrack, anchored in New York Harbor. Steven had come from a prominent family. Stevens owned and operated the company, which had the first steam ferry service between Hoboken, New Jersey and New York City. His father was the purchaser of what is now Hoboken.

In 1845, the club’s first clubhouse was built in Hoboken, New Jersey on land donated by Stevens. The Gothic Revival style building, overlooking the Hudson River, officially opened on July 15th, 1846. The club moved to various locations over the years.

Steven’s owned and raced the great schooner-yacht called the America. The America was painted black and crossed the Atlantic to challenge English yachts. On August 22nd 1851, the America captured the One Hundred Sovereign Cup at the annual regatta of the Royal Yacht Squadron. Queen Victoria was said to have watched the race.

On July 12, 1857, the surviving members from the America crew that won the One Hundred Sovereign Cup donated the coveted silver trophy to the New York Yacht Club to serve as a challenge cup. They called it the America’s Cup in honor of the yacht that first won it. Members of the New York Yacht Club held onto the America’s Cup for 132 years, until 1983 when Australia II defeated Dennis Conner’s Liberty. Regardless, the clubs winning streak is considered the longest in history and has played a central role in the history of the club.

The club had done without a proper clubhouse until 1898 when Commodore J.P. Morgan donated three lots on West 44th Street to build a new clubhouse. At that time, the club had been lodged on the second floor of a house on Madison Avenue. The new clubhouse, which would be located at 37 West 44th Street was designed by architects Warren and Wetmore. Whitney Warren had studied architecture at the École des Beaux Arts in Paris and was cousins with the Vanderbilts. His partner Charles D. Wetmore was a lawyer by training. Their society connections helped them obtain key commissions, including Grand Central Station. The Beaux-Arts style clubhouse opened in 1901. The clubhouse is known for its Model Room and library. The Model Room contains the world’s largest collection of full and half hull models.

The 37 West 44th Street clubhouse is the headquarters of New York Yacht Club; however, there is another clubhouse in Newport, Rhode Island, which opened in 1988. 1,500 members and guests attended the opening day celebration. The Newport clubhouse is referred to as “Harbour Court”.

Ever since loosing the America’s Cup, the club has had to work to reinvent itself. More recently, the club has become involved in team racing, dinghy racing, youth sailing, and international regattas. Membership in the organization is by invitation only. However, today there are over 3,000 members. Some noteworthy past and present members include J.P. Morgan, Ted Turner, Walter Cronkite, Bernard Madoff (resigned), and Mayer Mike Bloomberg. The clubhouse was designated a National Historic Landmark in 1987.

The four-story Beaux-Arts style clubhouse was intended to create the illusion of being at sea with its unique detailing around the window bays. There are three double sized arched bays on the second floor along with a double sized bay over the entrance. Columns separate the three window bays. The upper stories are shorter in height with a balcony and balustrade railing on the top floor.