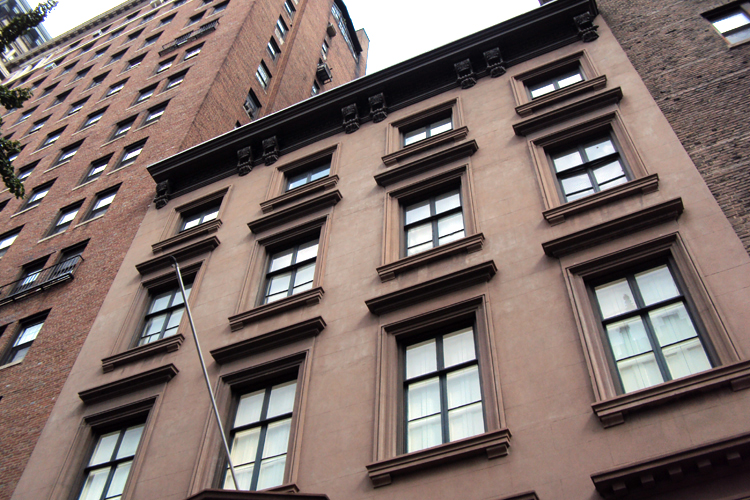 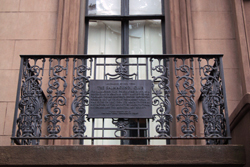 The building at 47 5th Avenue was built in 1853 as the residence for Irad Hawley, president of the Pennsylvania Coal Company. Many years later in 1917, the Salmagundi Club purchased the Italianate style mansion. The Salmagundi Club was formed as the New York Sketch Club in 1871. The aim of the club was to promote social intercourse among artists and the advancement of art. The club had had numerous temporary residences before finding a permanent home at 47 5th Avenue.

The building at 47 5th Avenue was originally built in 1853 as the residence for Irad Hawley. Hawley was the president of the Pennsylvania Coal Company, which had yards along the Greenwich Village waterfront. At the time, 5th Avenue was a popular address for high society. There is a borough in Wayne County, Pennsylvania, United States named after Hawley.

Many years later the mansion was purchased by the Salmagundi Club. The Salmagundi Club was originally formed as the New York Sketch Club in 1871. The aim of the club was to promote social intercourse among artists and the advancement of art. The club was renamed in honor of Washington Irving’s publication “The Salmagundi Papers” as well as for the famous “Salmagundi Stew” that was frequently served in the club’s dining room. The New York Sketch Club officially became the Salmagundi Club in January 1877. In the early days, the club would meet weekly on Saturday evenings at sculpture Jonathan Scott Hartley’s studio on Broadway.

Before moving into the Hawley Mansion in 1917, the club had been housed in many temporary locations including 14 West Twelfth Street. Various renovations were made to the mansion at 47 5th Avenue. The façade was refaced and the brownstone balconies and cast-iron sidewalk balustrade railing was replaced with wrought iron railing. A two-story addition was constructed in the backyard to house the main art galleries and billiard room.

The Hawley Mansion was designated a landmark by the New York City Landmarks Preservation Commission in 1969 and added to the National Register of Historic Places in 1975.

The classically designed brownstone, Italianate style mansion located at 47 5th Avenue rises five-stories high. Each story is slightly shorter in height then the proceeding story. The 5th Avenue façade stretches four squarely designed window bays wide. There is a raised pediment over the 2nd floor entrance and a staircase connects the entrance to 5th Avenue. The second floor also has a finely crafted wrought iron balcony.