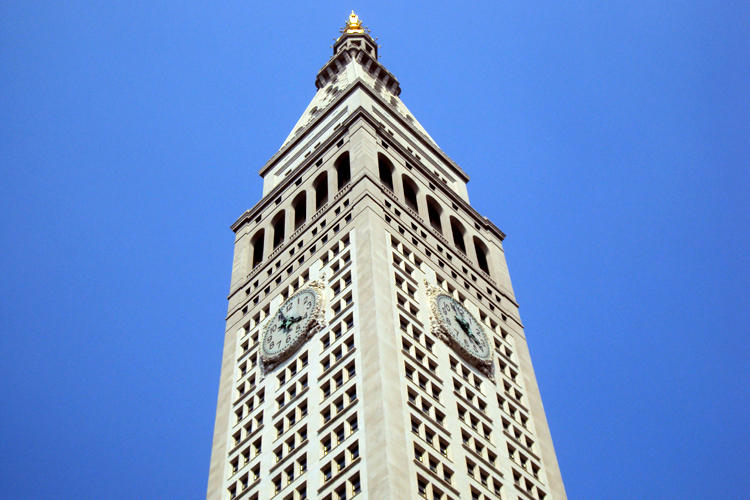 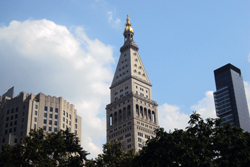 Technical improvements at the turn of the 20th century paved the way for the tall building revolution. Metropolitan Life was founded in 1868 and grew quickly. In 1890, the company hired Napoléon LeBrun & Sons architecture firm to begin building its headquarters on the border of Madison Square Park. Then in 1907, the company’s president, John Rogers Hegeman, set out to add a 700-foot tower on top of the current structure, make the building the tallest in the in the world from 1909 to 1913. The tower was modeled after the Campanile in Venice's Piazza San Marco.

At the turn of the 20th century, technical improvements such as the invention of the electric powered elevator and advancements in heating ventilation and plumbing techniques helped pave the way for the tall building revolution. Buildings that were developed during this time period scaled taller and taller.

Metropolitan Life Insurance Company was founded in 1868 and grew quickly selling insurance to immigrant wage earners. In 1890, the Metropolitan Life Insurance Company hired Napoléon LeBrun & Sons architecture firm to begin building its headquarters on the eastern border of Madison Square Park. In 1893, the building stood eleven stories high; though, an additional story was added in 1895. Several other additions were made to the Neo Renaissance style building in 1901, 1902, and 1905.

Metropolitan Life’s charismatic president, John Rogers Hegeman, recognized the value of having an impressive home office and set out to build the world’s tallest building. In 1907, he retained Napoléon LeBrun & Sons again to add a 700-foot tower to the existing structure, which would make the Metropolitan Life building the tallest in the world, surpassing the Singer Building. Hegeman instructed Napoléon LeBrun to model the tower after the sixteenth century Campanile in Venice's Piazza San Marco. The tower is in fact a near replica of the famed Venetian monument only more then twice the height. The tallest building crown would seem appropriate for Metropolitan Life given that by 1909, about the time the tower was completed, the company had become the nation’s largest life insurer. However, the building’s reign as the world’s tallest would not last long. In 1913, the Woolworth Building surpassed the Metropolitan Life Tower’s 600 feet with 792 feet.

By the roaring 1920’s, Metropolitan Life had out grown its current building and plans were under way to add a second tower on top of a 32-story base between East 24th and East 25th Streets. The new tower was planned to soar 100-stories. However, the onset of the Great Depression in 1929 toppled the plans. The base for the tower would eventually be completed in 1950; though, the addition of the second tower would never be realized. Architect Harvey Wiley Corbett, who had studied at the Ecole des Beaux Arts in Paris, designed the base and planned the tower.

In 1999, the building underwent a $30 million restoration, which was overseen by the Building Conservation Associates. A new computerized nighttime lighting system was added and the gilded cupola at the top of the building was restored. The restoration efforts lasted from 1999 until 2002 during which time much of the building was covered in scaffolding. At night, the cupola remains illuminated with different colored lights used for holidays and special occasions. Sterner Lighting, a veteran in the exterior floodlighting business, collaborated with Motion Development Inc. (MDI) to design and install the new automated lighting system.

The Metropolitan Life Insurance Company Tower was added to the National Register of Historic Places in 1972, designated a National Historic Landmark in 1978, and a New York City landmark in 1989.

At the base of the Metropolitan Life Tower is an 83,937 square-foot structure designed in Neo-Renaissance style. However, much of the original detail was lost during renovations completed in the mid 1900s. The tower was built atop and in harmony with the original structure and is the building’s most impressive element. The tower is clearly divided into three sections: the original base, the tower itself with three vertical stripes of windows, and the elaborate crown. The crown can be further divided into four parts: a huge arcade (or loggia in architectural terms), a pyramidal roof, cupula and lantern. There are monumental clocks that span 26.5 feet (8 m) in diameter on each of the tower’s four sides, between the 25th and 27th floors. Each number on the clock is 4 feet (1.2 m) in length and the minute hands each weight a half a ton.