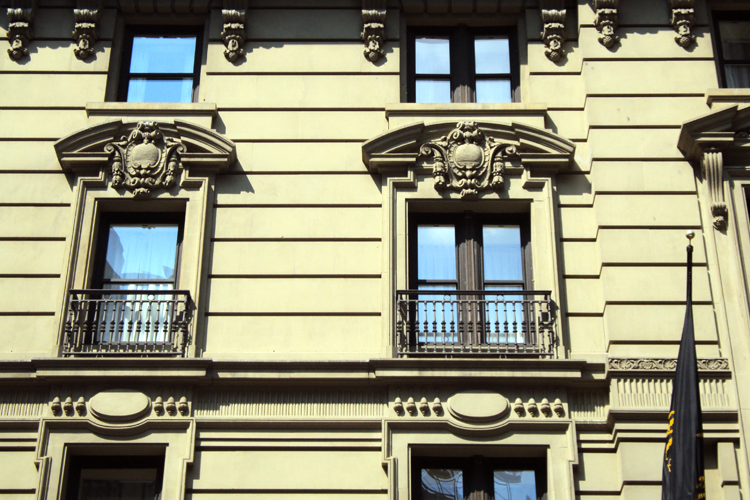 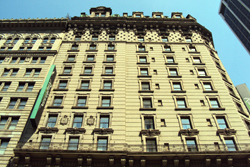 At the turn of the 20th century, a hotel boom accompanied the theater district’s move to Times Square. The Hotel Martinique was built in 1898 by William R.H Martin and expanded two times, in 1901-03 and 1909-11, in response to the rapid growth of the area. Martin became wealthy as the head of Rogers, Peet, & Co, a men’s clothing company. He hired noted luxury hotel architect Henry J. Hardenbergh, whom also designed the Plaza Hotel. The Hotel Martinique had deteriorated into a welfare hotel before being restored by the Radisson in 1996.

The hotel was built by and named after William R.H. Martin who became wealthy as the head of Rogers, Peet, & Co, a men’s clothing company that his father, John T. Martin, and Marvin N. Rogers formed in 1874. William took over the firm in 1877 bur later relinquished control to focus on the management of his real estate interests.

Martin hired architect Henry J. Hardenbergh, who had a reputation for designing luxury hotels including the Plaza and the original Waldorf Astoria Hotels. Hardenbergh was born in New Bruswick, New Jersey and worked as an apprentice for a New York architecture firm from 1865 to 1870 before establishing his own practice in 1871. His great-great grandfather, Jacob Rutsen Hardenbergh, had been the first president of Rutgers College (formerly called Queen’s College) from 1785 to 1790. Through his family connections, Hardenbergh won his first independent contracts from Rutgers College.

Just after the Hotel Martinique opened its doors, Macy’s opened on Herald Square and plans to build Penn Station around the corner were announced. The Hotel Martinique was expanded two times, in 1901-03 and 1909-11, in response to the growth of entertainment, shopping, and transportation in this section of midtown. Martin rehired Hardenberg to complete the expansions.

In its heyday, the Hotel Martinique was a popular hangout for actors, artists and writers. However, by the 1970s the hotel had fallen from grace. New York was in the midst of a growing homeless crisis and the Hotel Martinique was used as a welfare hotel or a hotel where the city put up homeless people. The newspapers were running stories abut the harsh life in the Martinique. By the late 1980s, the city had emptied out the Martinique and other welfare hotels.

The Hotel Martinique is a massive structure rising 19 stories with over 20,000 square feet of space. The hotel was primarily constructed of glazed brick, terra cotta and limestone with iron balconies and sculptured decorations. Perhaps the building’s most impressive feature is the mansard roof (also called a French roof) with its towers, and protruding dormer windows.